Giovanni was in love at first sight.

Giovanni was in love at first sight.

I finally received the Solo 14 on the 1st of September: a bit late for my holidays (caused by the custom  practices and the vacations of middle August. The driver of the track was successful in downloading the big crate and I have had my bricolage skill to unscrew some of the many hundreds of screws that kept the wooden box tight (I apologize for my bad English).
Anyway, as soon as I saw the boat it appeared wonderful. So thought as well some of my fiends that could see it in the beach of Capo Caccia. The first tests were done in the late afternoon of the same day.
It appeared a little heavier to row as compared with the skiff I am used to row with, but nevertheless it is very fast, stable and easy to manage. It is indeed more ergonomic and rowing is more comfortable. The oars are splendid and the boat can afford to go through the waves more easily.
I could prove it better on Sunday  when I had the time to row all through the bay of Porto Conte from Pischina Salida beach to the Mugoni beach: not less than 12 km. that I rowed in about two ours. I only regret not having put my sail gloves to protect my hands, but my trip was marvelous and I have been completely satisfied.
I wonder why so few people (at least in Europe or in Italy) practice the rowing sports: canoes are increasing their diffusion but few people are able to row with two oars and the sliding seat. I read that the Spirit and the Solo were conceived for people over the fifties but I think that many people should appreciate the sea and the lakes much more if they were pushed to row with boats like the Solo 14 that allows to make sport practices for the rower and to appreciate the sweetness of the waves for the passengers. For a couple of man and woman in love it may be also very … romantic!
I plan to continue to use the Solo while the weather is good and the temperature not too low.
Certainly the Solo is a very healthy toy and I wish to see more of them in the sea rather than water-moto or big motorized boats.
I hope to send you some pictures of my Solo and remain at your disposal to give more publicity to your products. I am the Chairman of a little nautical club and I would be glad if I could meet more people rowing in the sea of Sardinia. Maybe you should send more advertising to nautical and rowing clubs in order to make people knowing better the sliding seat models (other than those for races) and to propose a better alternative to the canoes and kayaks.
My best regards and sincerely thanks
Giovanni Maniga 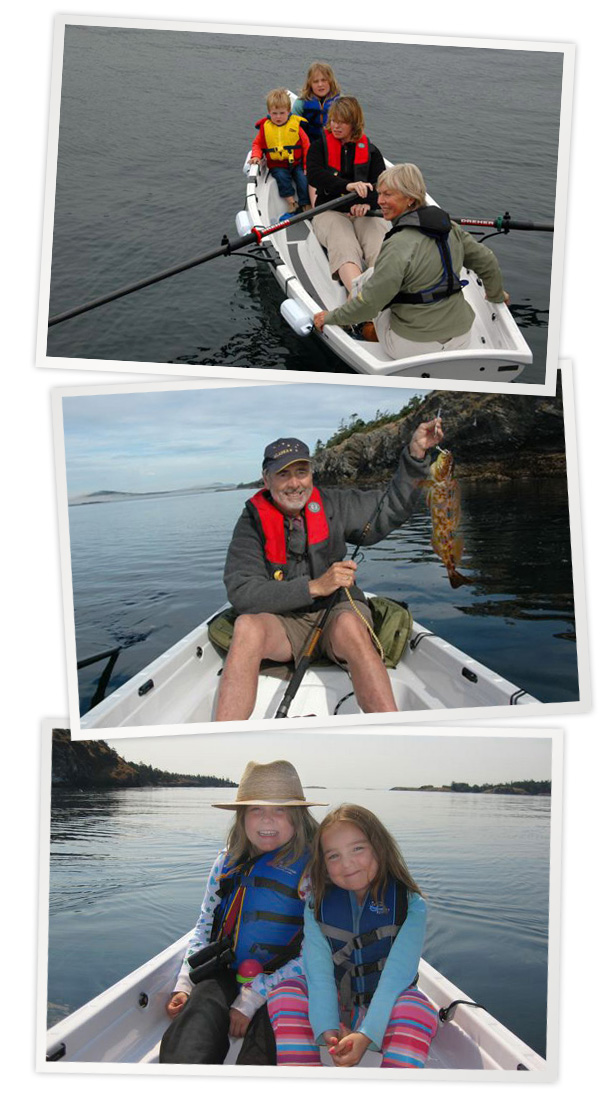 Pamela enjoys her Solo with her family and friends 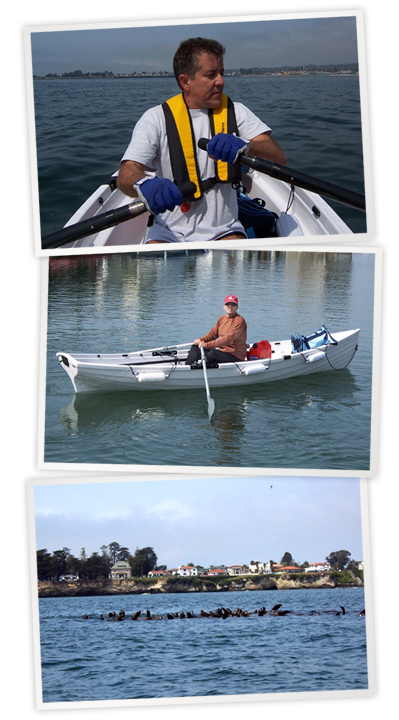 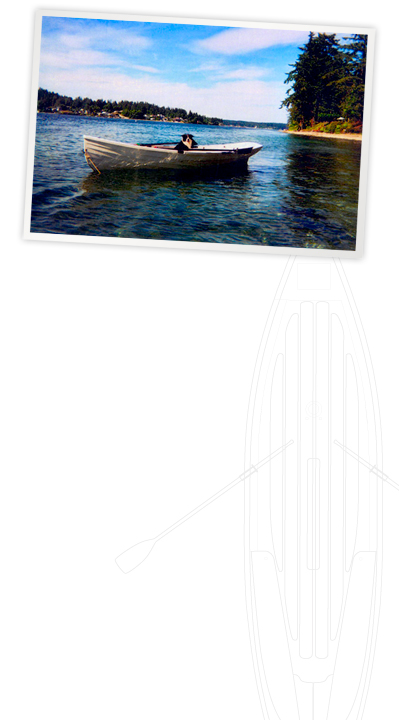