History of the Whitehall Rowboat Part I

History of the Whitehall Rowboat Part I

Mystery surrounds the origins of the Whitehall rowboat. Early history of this distinctive, elegant, practical rowboat remains unclear. One thing for certain, in earlier times boat builders were often sailors and seafarers. Taught to be conservative by the unpredictable, dangerous nature of the sea, they stuck with the tried and true. As certain desirable qualities were perfected they rarely changed as these qualities were proven and further change was not warranted. Therefore successful designs for large and small craft evolved slowly.

Whitehall rowboats had to be both efficient at carrying a payload, extremely seaworthy, and above all, fast through the water, especially when rowed against wind and waves. 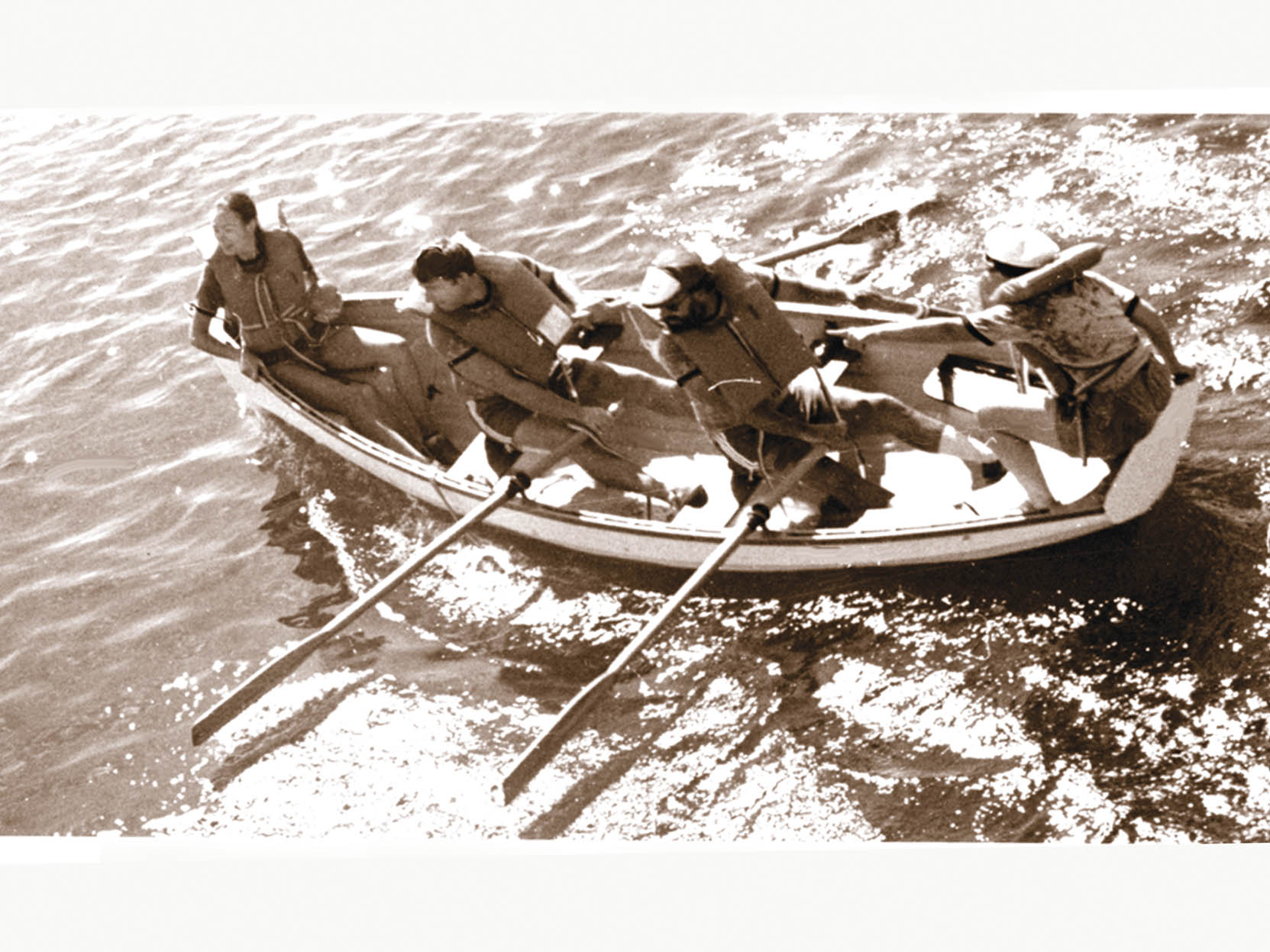 In these early days the Whitehall ranged in size from single rowing station 12 footers to five station rowboats topping out at 26 feet long. The width or beam was always between 45” and 55”. This narrow beam made Whitehall rowboats fast through the water but stable in wind and waves. The attractive “wine glass” stern is fully ‘tucked’ combined with a full tracking keel, perfect for wind and waves. Breakwaters were very rare in the early days and all small rowboats had to be able to handle crossing open water to where ocean going sailing ships anchored off.

Some say that the “modern” 1820s Whitehall design was introduced from England. However, American naval architect, and curator of maritime history at the Smithsonian Institution, Howard I. Chapelle, quotes the opinion of small boat designer and author W.P. Stephens. He maintains that in New York City there is a Whitehall Street and this was where the Whitehalls were first built and perfected. The Whitehall was the first boat ever to be mass produced in the boat shops there. The question is, was the boat named after the street, or was the street named after the boat. 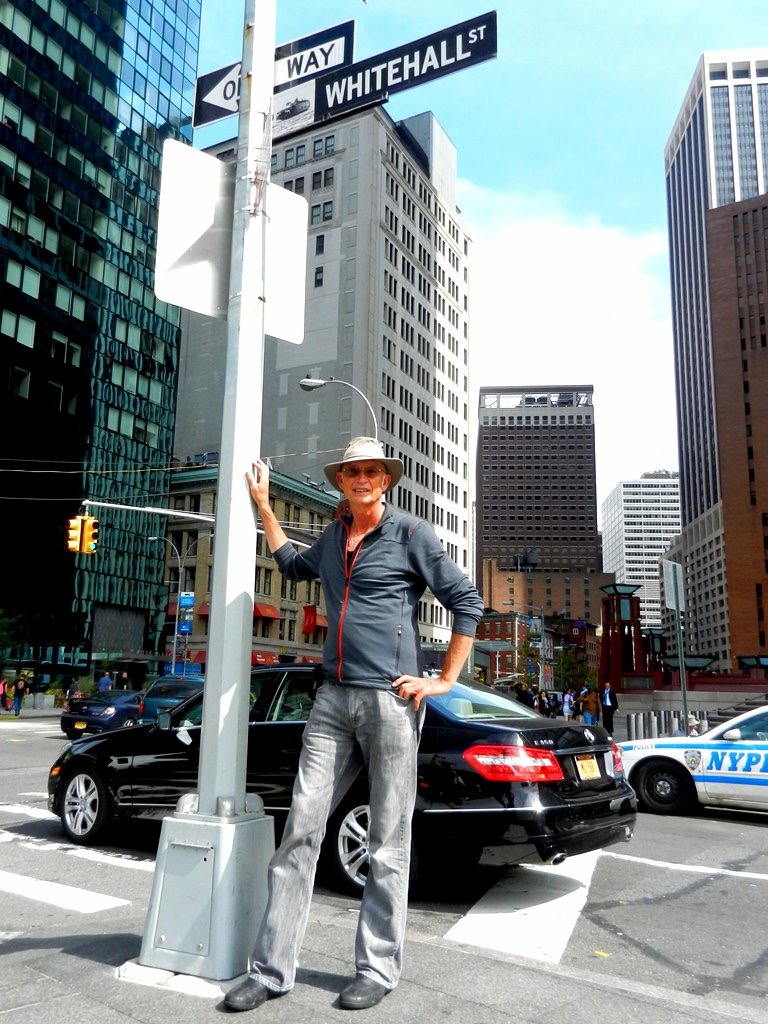 Chapelle, Stephens and others agree that the Whitehall design came into existence some time in the 1820’s in New York City, having first been built by navy yard apprentices, who had derived their model to some extent from the old navy gig.

Quoting from the August 1943 issue of Rudder Magazine, Captain Carlton L. Smith states yet another view, “This delver into nautical lore has never been able to ascertain whether the Whitehall boat originated at Whitehall, New York, or at Whitehall, England. It is extremely likely from the latter place. At any rate, it is reasonably certain that the model of a “pure” Whitehall, that was used as a rowing workboat at Boston, at the Battery at New York City, and, later, in San Francisco, evolved from the English Wherry.” 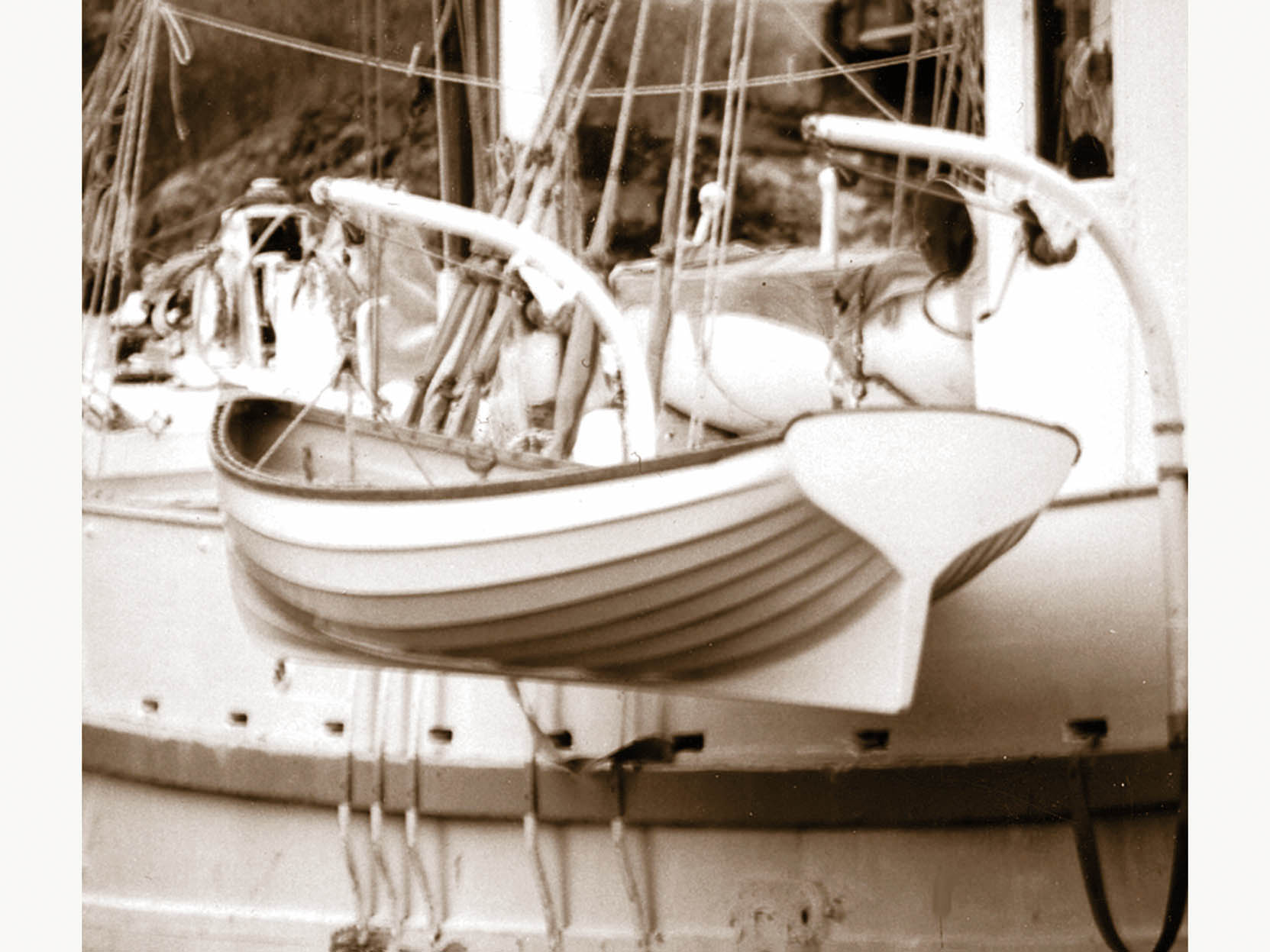 Howard Chapelle states in his book American Small Sailing Craft, “The Whitehall represents a refinement in an old type rather than a distinct and local innovation. The boat is on the same general model used in very fast pulling boats, the Wherry, Cutter, and Gig, from 1690, or earlier, to the end of the nineteenth century.” All of these boats were of course constructed of wood, the only medium used at the time. Chapelle also says, “Originally the Whitehall was lap-strake, but smooth caravel planked hulls had become common in the New York boats by 1850.”

Quoting from noted author, John Gardner, a marine historian also known as the dean of small boats, “The Whitehall was not a ship’s boat, but a vehicle used for harbour and coastwise transportation. Intended primarily to be rowed, but capable of a good showing under sail as well. The Whitehall rowboat was fast, seaworthy, and trim.” 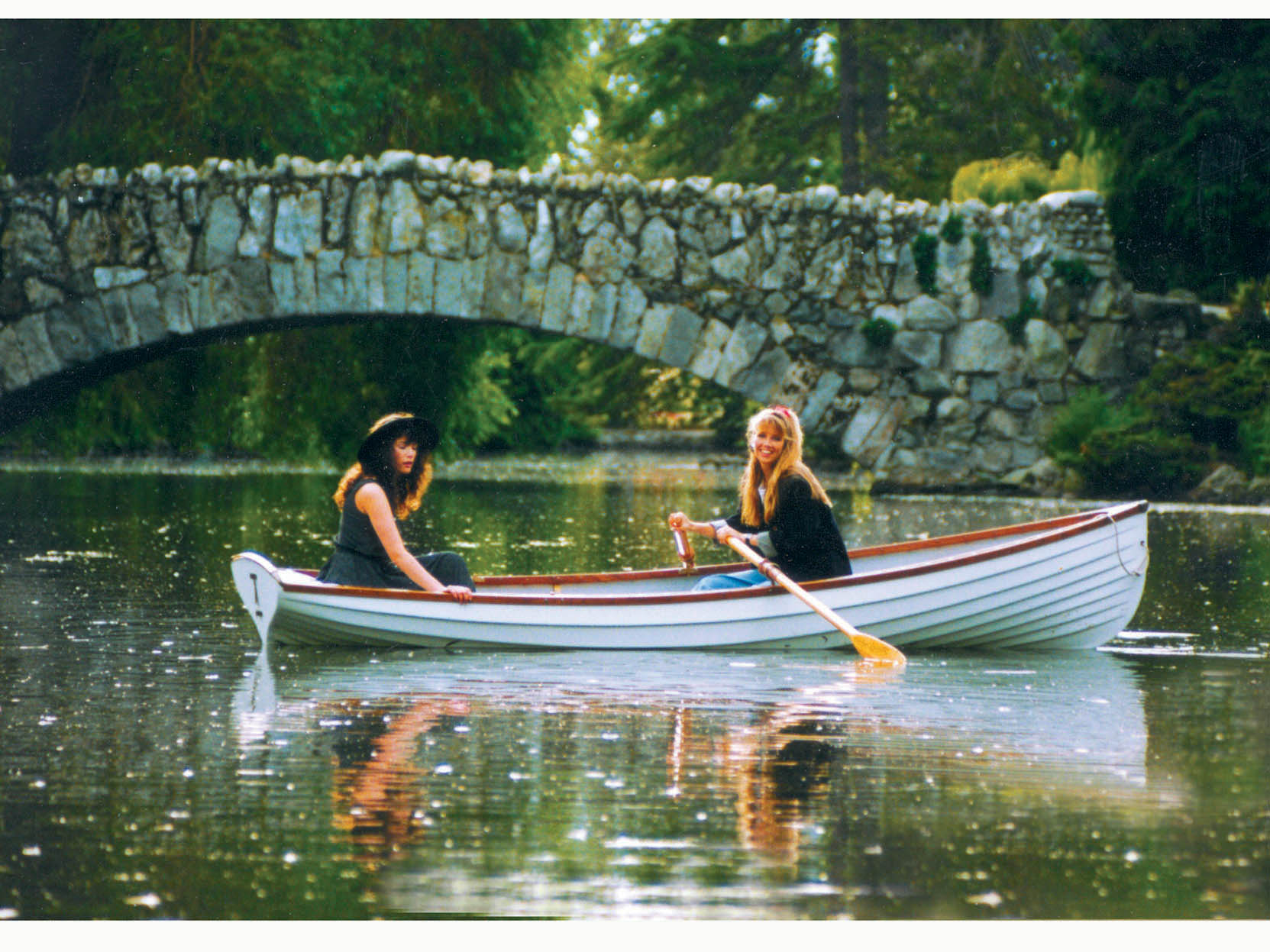 In the early nineteenth century, Whitehall rowboats were in great demand in the days of sail on the waterfront of big commercial ports such as New York City and Boston. Whitehall rowboats were the choice of crimps and boarding house runners, and of nearly everyone else as well who required reliable and speedy transportation from one part of the harbor to another – pilots, ship’s crews, brokers, ship chandlers, newspaper reporters, insurance agents, doctors, and many others. 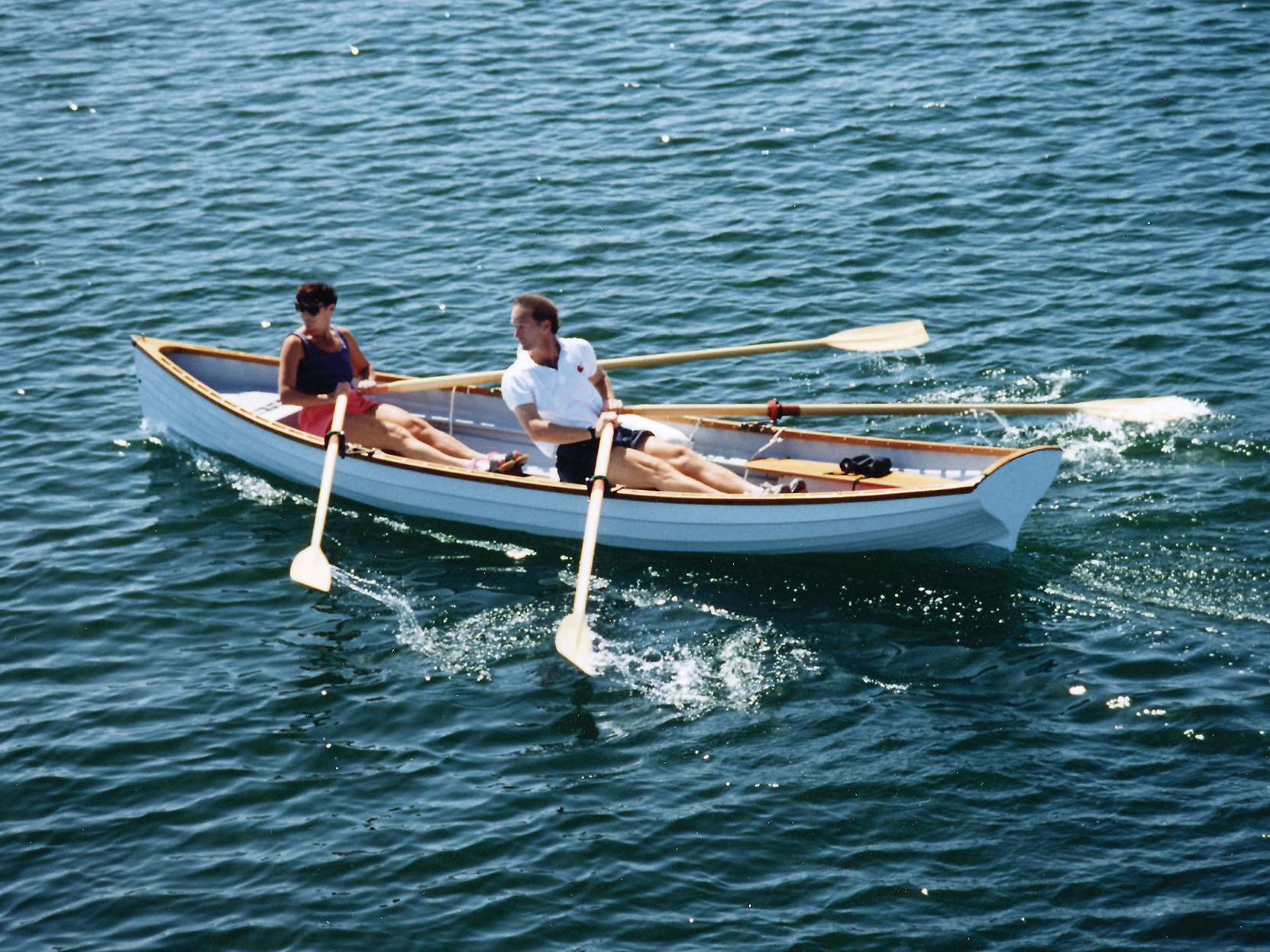 The smaller Whitehalls were used as for-hire craft and water taxis and carried one or two passengers. Larger boats of 16’ to 18’ were used by ship’s chandlers to carry samples or to take out gear in an emergency. The largest were used by small groups of thugs called press gangs, who rounded up, kidnapped or shanghaied beached sailors and hauled them off to press them into being crew aboard outbound sailing ships. Ships pilots who possessed local harbour knowledge would row Whitehalls far out to sea to meet incoming sailing ships. They would then go aboard, and, for a price, guide them safely into harbour. 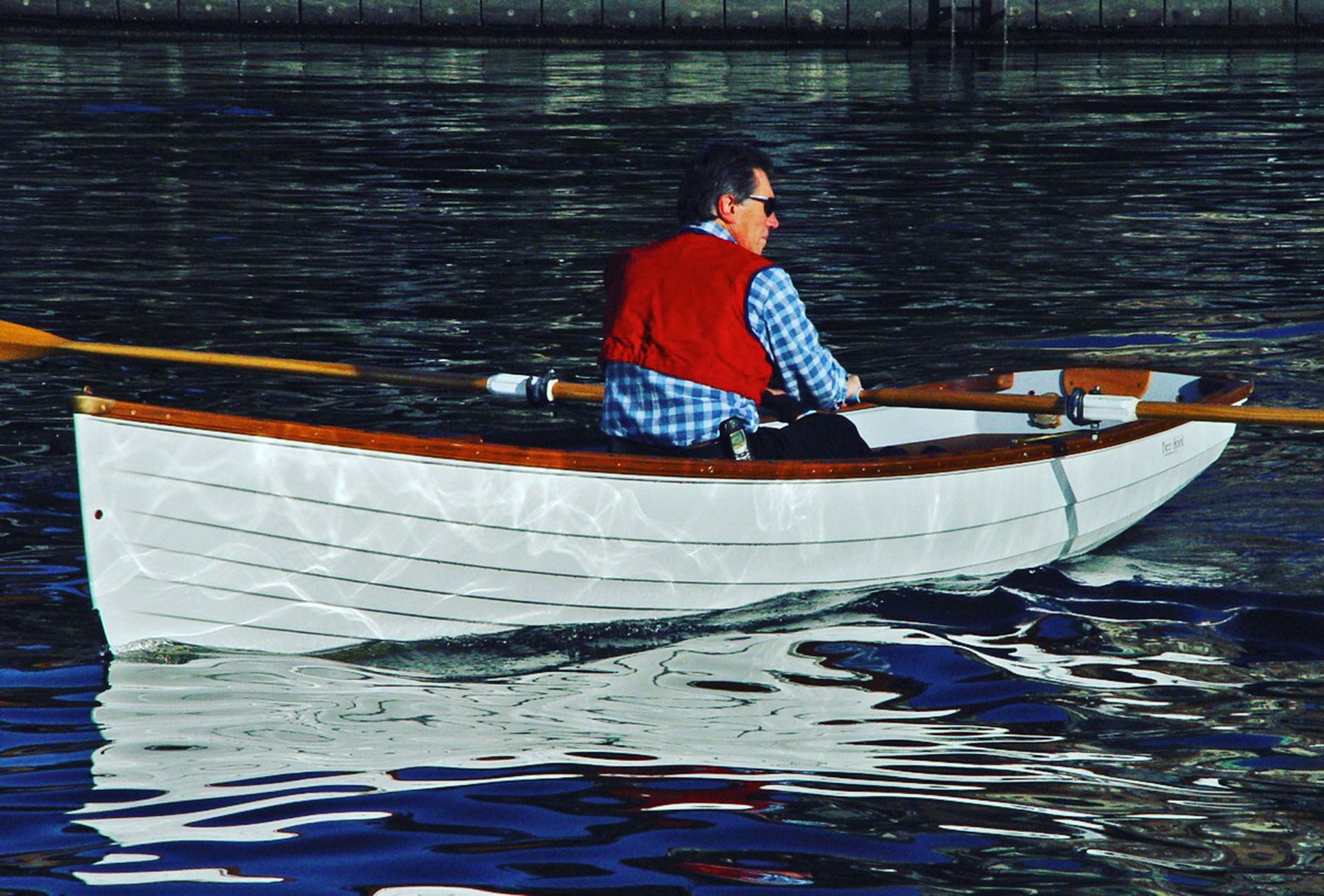 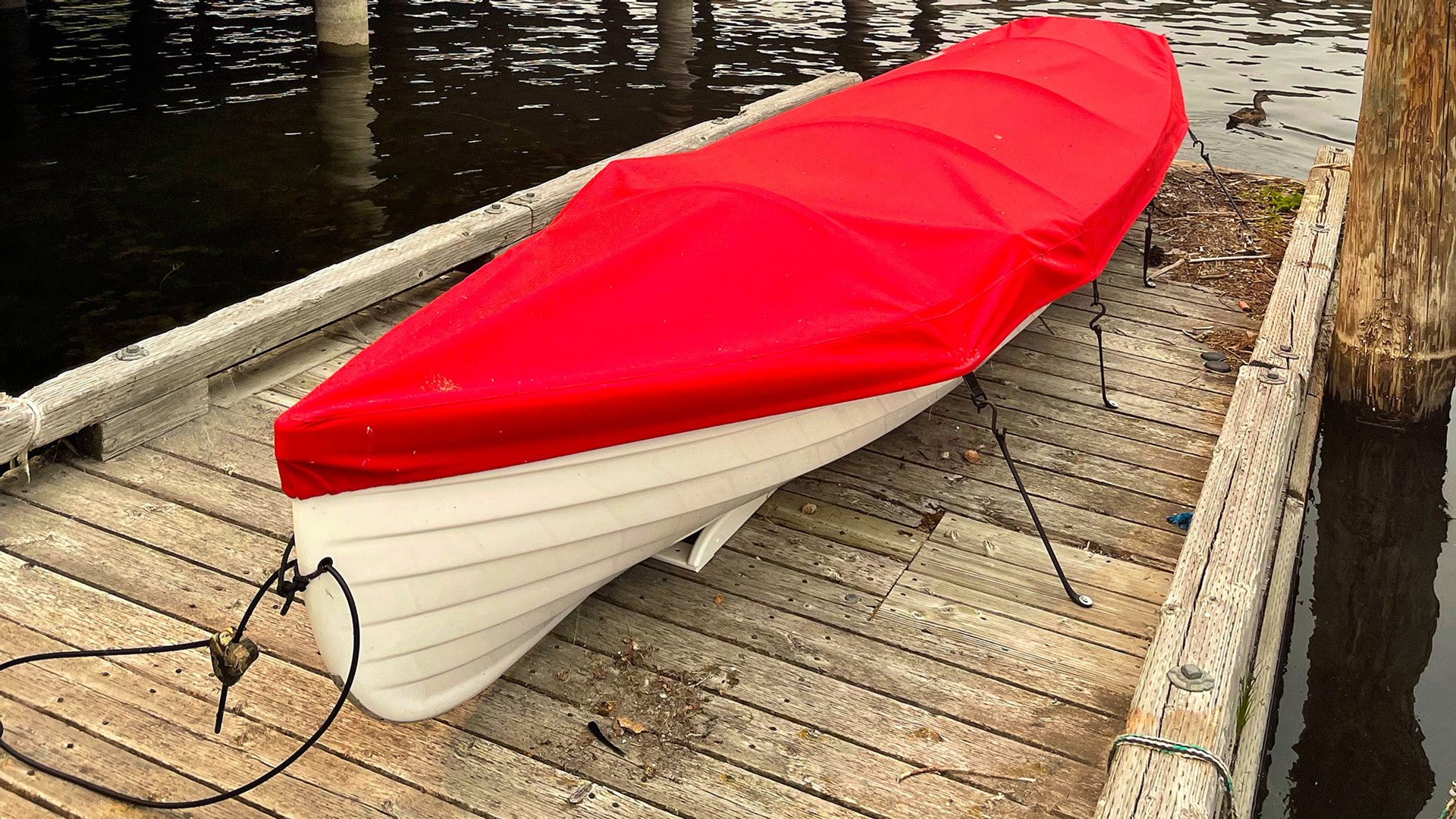 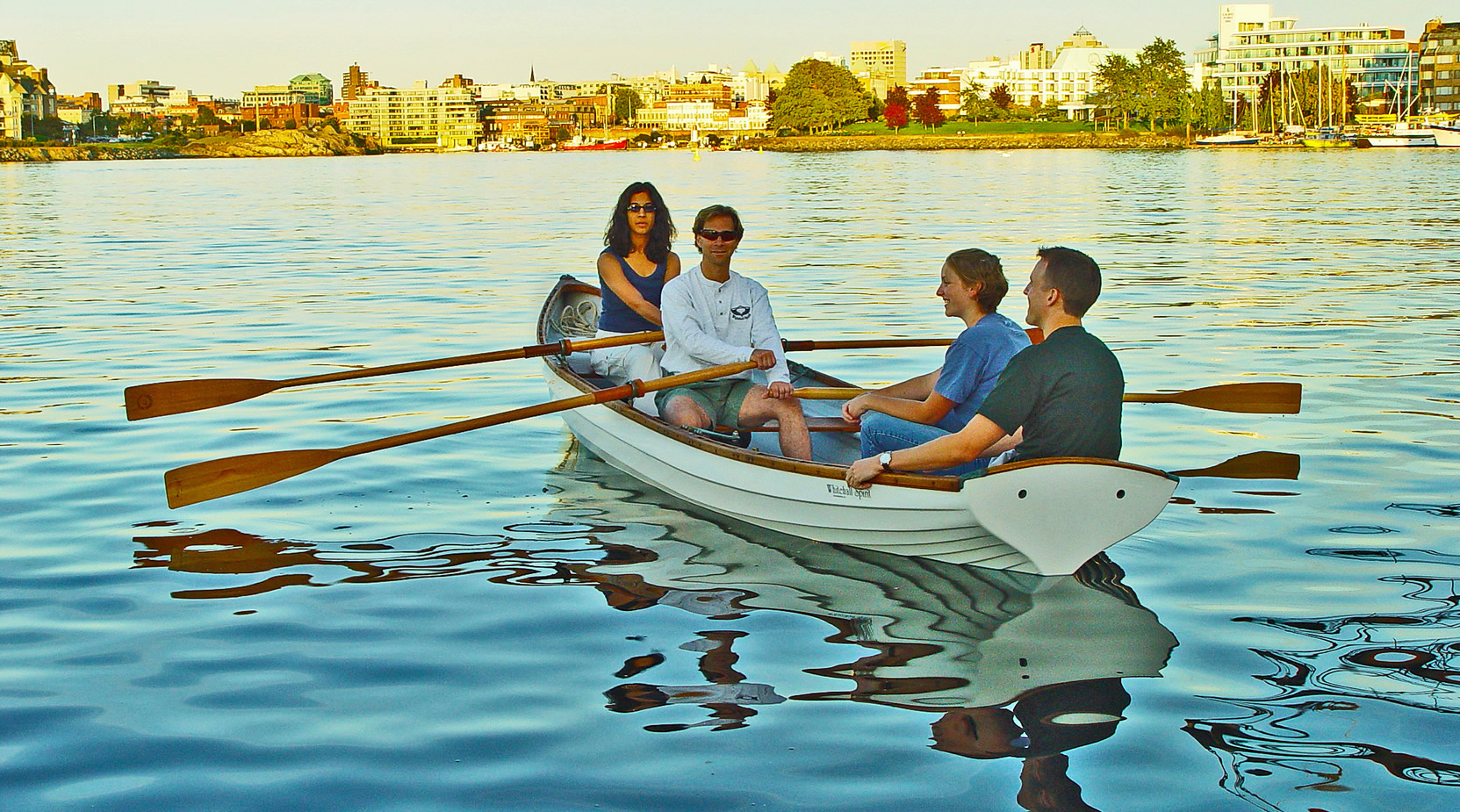